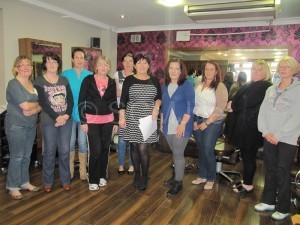 Aileen Maher will launch her new Shades and Shapes Training School with a new series of grooming mornings for mums interested in looking their best for the Christmas season and beyond. Get your hair cut and coloured at reduced rates of €25-€30. Places are limited so contact Mary or Cliona asap if you wish to book your place!

Over 2000 young people from various schools and community groups walked, sang and played instruments in a display of all that is good and creative in our town.

One very special feature of the Scoil Mhuire parade entry was the participation of parents from the Parents’ Room. Don Nea and his parent’s guitar class led the children in a medley of song and music from the train station to the P.B.S. We extend sincere thanks to the parents who played guitars or other instruments, those who sang along or those who came out to support us in any way on that wonderful day.

The concert at noon organised by RTE encompassed a selection of local and national talent. It served to remind us of what a remarkable musical heritage this town has and the day itself became a beacon for community development in ways.

We featured on many different media platforms such as Nationwide, Twitter and the RTE Music Week website. Our school also features on the youtube video below.

Thank you for joining us. We look forward to many more parent school adventures this year!

An inter schools Flower Arranging course is currently taking place (March/April 2013) every Wednesday morning. It is organised by the HSCL coordinators in Scoil Mhuire Senior, Scoil Mhuire Junior and St Conleth’s Community college and parents from all three schools are welcome to attend. Here are some photos from our first day of flower arranging. 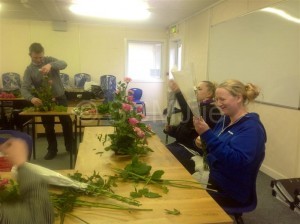 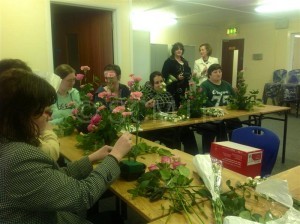 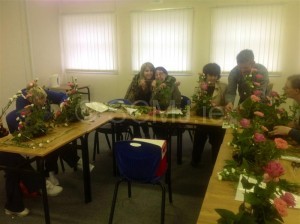 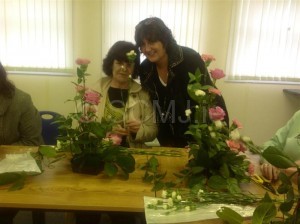 Here are some photos from our sewing project. The names of each child and staff member were hand-stitched onto a wall hanging which is displayed in Scoil Mhuire junior school entrance. All 3 schools were involved and the project was co-ordinated by HSCL team with support from the  art tutor from the VEC. The final mural was completed in St. Conleths Community College last June as part of the community festival and officially launched by Newbridge Town Mayor. 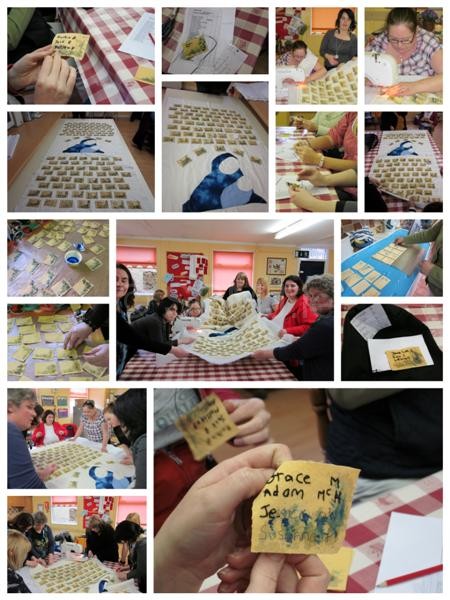 Click here to view the Safeguarding Statement and Risk Assessment.

Click here to view the Checklist for Child Safeguarding and Risk Assessment.